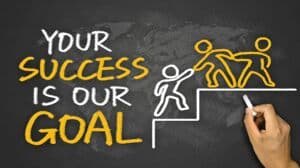 Why Goal Setting Is Important?

“I’ve missed more than 9,000 shots in my career. I’ve lost almost 300 games. Twenty-six times, I’ve been trusted to take the game-winning shot and missed. I’ve failed over and over and over again in my life. And that is why I succeed.” – Michael Jordan

“Perfect is the enemy of good” – Voltaire

In addition to what we discussed in Part 1 of this series (https://karimcamara.com/personal-growth-goal-setting), goal-setting is critical because it helps to overcome two of the common barriers to success for potential goal-setters. One of the barriers is the feeling that “I am not adequate.” The second barrier is the feeling, “the project is not adequate.” Both of them if examined and challenged become belief barriers which then become stumbling blocks to success. Many people with these problems need coaching, therapy, spiritual guidance, etc. However, from my observations and interactions, I have no doubt that the overwhelming majority of people can make huge, positive changes in their life by connecting their specific goals to their long-term plans. Goal-setting becomes a commitment that will help you develop a positive belief system and will harness your energies to complete projects.

Let’s take a look at the story of a particular coaching client: Jessica had displayed talent as an artist since she was young. At one point it was what she wanted to go for a living. Jessica took several art classes in high school and earned a Bachelor of Arts in Illustration and Painting at her hometown college. After college she had some offers to work in an art gallery, to work as a design consultant and another teaching art at a local elementary school. However, the jobs were very low paying. When offered a position working in an office as an administrative assistant, at an art supply company, with a starting salary that almost doubled any other offer, she accepted it without hesitation. It has been ten years since she started the office position and since then she has received three promotions (she is now VP, Operations). She has also in the past decade, gotten married and had three children.

Jessica has not been doing much art related over that time. She still has a deep passion, yet two significant challenges have prevented her from completing any projects. One, her time is very limited. Between family time and work, she ends each day tired and with little energy to focus on her art. In addition to the time challenge, Jessica is a perfectionist. With her limited time and energy, she has still managed to work on two paintings. Her husband and anyone else who looks at them thinks they are amazing works. But Jessica always sees one last touch up, one small detail to improve.

After one coaching session, she realizes and acknowledges that being so much of a perfectionist is holding her back. Through further exploration she also discovers, because she is not painting for anything specific and has no deadline to meet, she has the luxury to continue “dabbling” with the painting because there are no consequences for not completing it. Through more discussion and more exploring, she acknowledges that there were indeed consequences that were having an impact on her. The consequences are that she was giving a little time to something she is deeply passionate about and which she considered a “calling.” She was afraid that one day she would look back and have a deep sense of regret of the time that passed which there was no chance to recapture and the artistic gifts which she wanted to express were only a blank, white canvas.

Through coaching, Jessica commits to re-igniting her passion for illustration and painting. After discussing this with her family, they collectively come up with a plan for Jessica to have four hours of week of uninterrupted time, for her artistic expression. She committed to dedicating the time for her art. The big question was now that time was no excuse, could she bring a painting to completion. The timing for Jessica couldn’t have been better. Her husband brought home a flyer he saw on the bulletin board at work. A major corporation was partnering with a local, but the internationally known gallery that was conducting a contest to find an “Artist-in-Residence.” To the excitement of her family, she decided to enter. Jessica had a deadline: three months to complete an artistic work to submit to be considered.

I am sure you don’t want to wait until the end of this book to find out the outcome. I’ll share it now. The gallery- internationally known- informed Jessica that she was selected as the Artist-in-Residence. Through coaching, self-reflection, and support from her family, she was able to set a goal and overcome time constraints and- even more significantly- she overcome her perfectionist tendencies to be successful.

What challenges do you face? Are you confronting low self-esteem that makes you feel that your talents are not sufficient? Do you have difficulty, with all of your other commitments, in making time for your passions? Or maybe you have finished the project, but it is sitting there waiting for one final change before it’s ready for the world.

What we learned from Jessica we also learn from a philosopher of another era and also from a retired NBA basketball player.

Voltaire was a philosopher, historian, and a French Enlightenment writer.

Michael Jordan played 15 seasons in the NBA (National Basketball Association) winning six championships with the Chicago Bulls and considered by many to be the greatest basketball player of all time.

If I asked you what basketball great Michael Jordan and Voltaire had in common, you might guess, “They’re both internationally known,” but would likely and understandably assume, nothing else. Well, another thing they have in common is they give a proverbial “slap in the butt” for all (confession: including me at times) whose desire to have a perfect project, leaves them with an unfinished project.

Perfectionism is a tendency to feel that anything less than perfection is unacceptable. Perfectionists, in general, do not complete projects because they have compulsive commitments to unrealistic goals of perfection. Not only does perfectionism have an impact on our achievement, but it is also one of the most common predictors of depression and can have implications for our physical and spiritual well-being.

Perfectionism can become a stumbling block to your creativity. The reality is that no project is ever perfect. Nevertheless, the perfectionist resists taking action because they feel the result will not live up to their standard of perfection. They stifle their progress and they never finish the project because each stage they complete “needs more work.” Hence, a false reality becomes a barrier to greatness. In the name of perfection, many end up having lives of incompletion. For example, the author that never finished the book, the singer who never recorded the song, the filmmaker who has been toiling endlessly on one last final edit or whatever the unfinished project is that resides deep inside of you.

Having a very clear, specific goal and giving yourself a deadline can rescue you from the perfectionist cycle.

Goals are also important because they 1) move you out of complacency 2) become a declaration of your commitment 3) focus your energies on the desired target and 4) act as a performance indicator, letting you know how close you are to achieving what you set out to accomplish.

The action gets you much closer to what you want in life than perfectionist tendencies. And by the way, it’s not just about you! Your lack of action and leaving your vision incomplete may very well deny the world of much-needed inspiration. Too many people procrastinate because they are waiting for perfection. A life stifled because of perfectionism will lead to great regret. A life committed to action will result in significant results.

Reflection is a paramount part of achieving greatness in your life. The thing to beware of is remaining in the reflection stage. This book is designed to help you balance thought and action. Many people let the busyness and challenges of life prevent them from reflecting. There is a saying that “when you’re up to your neck in alligators, it’s difficult to keep your mind on the fact that your primary objective is to drain the swamp.”

Are you letting the daily challenges prevent you from reflecting on your objectives, goals, and dreams? Reflecting on, writing and committing to goals will help you have a long-term view.

Cheers to the great results you will have if you stay the course.

Excerpt of: From Goals to Greatness: How to Achieve Everything You Want by Karim Camara

This site uses Akismet to reduce spam. Learn how your comment data is processed.